I don't quite know how to break this to you out there, but it's going to happen sooner or later anyway. I'll cut to the chase right here. I have a severe kidney disorder, caused by taking lithium carbonate for 30 years. Now this is no party drug.
In 1948 in Israel medical scientists found that within a group of bipolar patients (commonly known as manic-depression) those who had a diet containing sea-salt (containing lithium) suffered considerably less from their affliction than those who had not. The fact that lithium is toxic was thought to be a small price to pay for the beneficial effect it generally produced.

I was struck by MD in 1973 and it took two years of unimaginable misery before I was diagnosed as such. Then I was taken into hospital for half a year in which I was put on lithium.

I have never been very happy with it. It is true it took away the psychosis's and they were the worst, but it did not in any major way affect my half-year cycle from heaven high jubilance to the terminal sadness of living under the bridge.
Of course I asked many times if there was anything that could take away, or at least lessen, the depressions. But then I was told there was a risk that anti-depressives might only intensify my despair. I was left alone with the decision and, if indeed it would take a turn for the worse, the blame as well. So better not.

I went to the hospital each month where a blood sample was taken to monitor the level of lithium in my blood. In 1998 I was made aware of the increase of lithium and the direct threat this held for my kidneys. As I was always well in the green zone I asked my psychiatrist if I could try to lessen my overkill to a point where it was still effective. He would not hear of it because his opinion was to never change a winning team (which is one of the translations of my last name 'Ploeg'). I insisted though, up to the point that I stated that I would do this with or without him. He finally gave in and after that I came for a blood sample every week while slowly lessening the dosage. I got it down from 1800 mg a day to nearly half of it, 1000 mg a day.

I continued taking this dosage until 2005. By then I had a girlfriend that caused me so much joy and sorrow that this served as a natural replacement.
We parted our ways in the beginning of 2006 and I freewheeled through the year until I crashed at Christmas on the airport of Eindhoven in Holland, while I was waiting in the chock-a-bloc to the in-check desk of Ryanair. I was taken into hospital for a month and was administered two kinds of medicines that were all-together different from lithium. I returned to Ireland thereafter and recuperated on the farm of a friend. In that half year I was given a third medicine that proved to complete the winning combination.

As I am not able to put my relief in less words I can only say it is reflected on my website. Those among you who like a happy ending can better stop reading here. 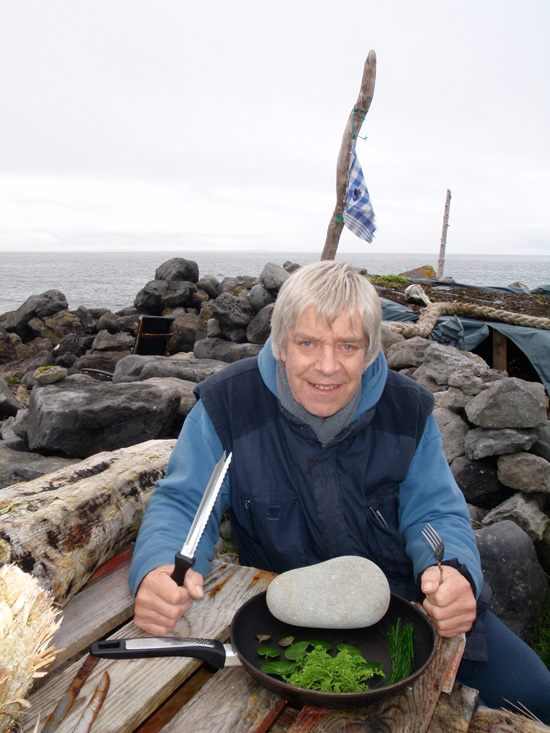 Last Wednesday I went to the renal clinic in Galway for my bimonthly kidney check. Hospitals in Ireland may look like how they were in Holland in the fifty's but this is more than compensated by the kindness and care I receive from practically everyone. Everybody has a friendly word and this is the formidable social power of the Irish. They all call me by my first name, which makes me feel to exist.
This generously softened the blow, though it still rather blew me away. I am now on the waiting list for a 'fistula'. This you can best describe as a socket that is put into my bloodstream so I can be connected to a dialyses machine.

Already I am avalanched with information about what is in store for me and how I should act upon this. I will have to go to Galway for dialysis three times a week in four hour sessions. It's not unwillingness, you see, but I would dread to die in technical mode, ruled by medical terms and statistics.

But there still is a ray of light. The doctor said I was an excellent candidate for a kidney transplant. The thought crossed my mind to invite you to donate one, but on second thought I got a better idea. If I'm going to be rebuilt, why not do so in a way which would better adapt me to my favorite environment. Would it not be a major inter-species challenge to science to equip me with a dolphin's kidney? And while they are at it, how about a blowhole job and my own dorsal fin?

Jan Ploeg, On the road, December 5th 2008
back
print version